I spent most of my working years employed by an international oil company. I worked in budget preparation and expense explanation, and I did not spend time thinking about how they were contributing to the climate problems we were beginning to experience. (I left the industry in the 1990s.)

Since then, the oil company for which I worked has put a lot of effort into rehabilitating its image and publicizing its commitment to the environment. But as a 2019 article in The Guardian stated, the company’s objective is to get the public to trust it, not to reduce its production of fossil fuels.

After I retired, I became friends with some environmental activists and got engaged in advocacy work in my community. I went back to school for an MA in Social Justice. I continue to grow in my awareness that all justice issues are interrelated. Climate change and environmental degradation disproportionately affects people who are marginalized in other ways, such as through poverty and racial discrimination.

I have mixed feelings about whether the fossil fuel industry can reform itself. This may be a case where working from the inside is not possible and change will depend on those outside of the industry – including those that have left or retired. I do believe that whatever oil companies do to promote good environmental practices is worthwhile. Their motives do not negate the positive impact. Perhaps it will influence people who will then take up the cause. 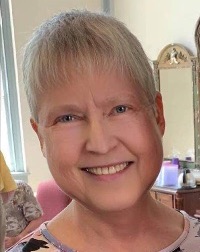 Born and reared in Tulsa, Oklahoma, Janet Storts moved to Saint Joseph, Missouri in 2007. She is the daughter, great granddaughter, and great great granddaughter of Presbyterian ministers. After retiring, Janet graduated from Missouri Western State University with a B.S. in Sociology and a minor in Creative Writing and earned her MASJ (Social Justice) from Phillips Theological Seminary. She is a founding member of Ecumenical Eco-Justice of Saint Joseph, Inc. and a member of the City of Saint Joseph’s Sustainable Environment Advisory Committee.
Posted by PresbyEarthCare Coordinator at 6:11 PM