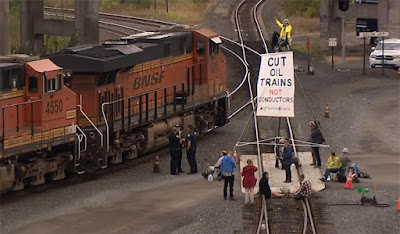 The resistance that John Fife proclaimed and demonstrated in his work with the sanctuary movement is the resistance, in love, that Abby Brockway is teaching us in Seattle.
Posted by PresbyEarthCare Coordinator at 7:49 PM No comments:

Reflecting on Climate Talks in Paris

The suitcase is unpacked. The swirl of a wonderful Christmas with family is past. What remains, however, are the indelible images in my mind of two weeks in Paris in December at the 21st session of the Conference of the Parties to the UN Framework Convention on Climate Change, or COP21. 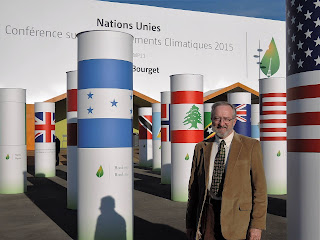 Across 13 days, representatives of 195 nations hammered out an historic agreement intended to slow the onrush of human-caused climate change, assist developing nations in adapting to impacts, and accelerate the transition to low carbon economies.

Key points of the accord include a goal to keep the rise in average global temperature to “well below” 2 degrees C (3.6 degrees F) and aim to limit the rise to 1.5 C (2.7F), national targets to reduce emissions and ratchet down those emissions via an every five year review, and for wealthy countries to support poorer countries in climate change adaptation via a $100 billion/year Green Climate Fund.

How then can you and I as PEC members translate a critical international environmental agreement into action in our personal lives, our congregations, and within the agencies of the PC(USA) General Assembly?  The images of Paris drive my faithful responses to this question:

•   I have stopped describing the impacts of climate change as a future reality.  My conversations with a Maryknoll sister from the Philippines, with young activists from southern Africa, and leaders from Pacific Island states drove home that impacts are now, they are present today, and God’s children are suffering.
•   I am called to redouble my efforts to engage young adults across the PC(USA) and within secular environmental NGOs for climate change education and action.  My generation is culpable in accelerating the climate crisis. Young adults will lead in the climate solutions of the 2020s, 2030s, and beyond.
•   And, I will continue my work within Fossil Free PCUSA, a PEC supported activity, urging the General Assembly in June 2016 to divest from fossil fuel holdings.  “If it is wrong to wreck the climate, then it is wrong to profit from that wreckage.”

In the spirit of the Paris Agreement and with God’s call in our hearts to care for creation, join me in advancing the PEC supported environmental overtures at the 222nd General Assembly in Portland, Oregon. 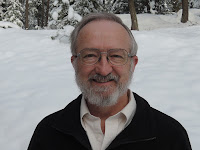 Gary Payton is an active PEC member, an environmental advocate, and member of Fossil Free PCUSA.  He attended COP21 in Paris as an "observer" credentialed with the PC(USA).  Gary and his wife, Nancy Copeland-Payton, make their home on a mountainside in Sandpoint, Idaho along with moose, deer, black bears, wild turkeys, and bunnies.