We Resist. We Build. We Rise. (Words & music by John Pitney)
I composed this song for the 2nd People’s Climate March in Washington DC, April 29, 2017.  Its title was the March theme. The March date was our current Administration’s 100th day.  Walking the route past the Capitol, the Washington and Lincoln Monuments and the White House, with 200,000 resistors, I was surrounded by people of faith from across our good country, including close friends from our church in Eugene, Oregon.  As I read the signs of our partners in the struggle I was filled with new courage.  The signs read:  I Stand With Jesus/A Brown-skinned Radical Who Condemned Greed And Taught Unconditional Love, Love Your Neighbor As Yourself, Presbyterians for Creation, Evangelicals for Climate, Catholics 4 Solar!  A woman near me had a sign painted with Noah’s Ark and a quote from Noah’s neighbor: “Sea level rise is a hoax!”  I took a photo of a woman standing with our nation’s capital building in the background.  She’s holding a sign reading: If You Love the Creator, Take Care of Creation!  Marching in resistance together, we always make new friends and receive new messages.
Psalm 104: Will Earth be satisfied? (Words & music by John Pitney)
Reflections on Psalm 104: Water Song
I created this song for the national Presbyterians for Earth Care conference in the Rockies a few summers back (“Too Big to Fail?”).  We were drawing our liturgical life from Psalm 104.  Actress-dancer-prophet Tevyn East and I were asked to take the water references in the psalm and create morning worship, which we led one wondrous morning as the turning of the earth made the sun appear from beneath the plains to illumine the watersheds of the majestic Rockies to the rear of our open-sky sanctuary.
In biblical truth and physical reality, we are water, beginning to end to beginning.  In one creation story it all begins with Wind-Spirit moving on the waters; in the other, the theologians tell us, the breath that enlivens humanity from our source in humus is a moistened aspiration.  Is it any wonder the ancients knew earth was satisfied (vs. 13)?
Songs emerge from mystery and the collaboration of community.  As Tevyn and I, strangers at the time, e-talked and planned worship across the miles, she asked me to consider changing my original lyrics.  At the time, the final chorus line was “Earth is satisfied, Earth is satisfied.”  Given the status of water in our world, she was asking, is that line really true?  Witness the Cochabamba campesino, rising in protest at the privatization of their Bolivian waters so that they, living on the margins, would now be forced to pay for what is Earth’s gift.   Witness the greed of lawns and golf courses, the weeping of Himalayan glaciers and the thirsting of Bangladeshi masses downstream.  Witness the dry bed of the mighty Yangtze and Somali mothers raped and murdered on their way home from the well, carrying a precious few drops for their babies.  Witness the lyrical change for yourselves.
This song is for the parched masses: endangered creatures who have no voice and human beings with deserts in their throats.  And it is for those who speak for them.  Orthodox priests and their Alaska Native congregants carve crosses in the ice of Bristol Bay and say mass for the salmon.  Google it and learn.  Bill McKibben and friends of the 350 movement are arrested in D.C. in protest of tar sand exploits.  The U.N. tries to make watercourse treaties with no teeth, bound only by conscience.  Gathered with PEC in Colorado was our friend Carolyn Raffensperger, director of theScience and Environmental Health Network, who reminded us it’s not enough to project our caring seven generations to the future.  The half-life of the nuclear waste we would hide in the salt mines beneath the desert Southwest would suggest it will take 10,000 generations for us to really care.
Last summer, backlit by the setting sun sinking behind the Pacific, my wife Debbie and I witnessed a humpback whale breaching.  As we watched her elegant, gargantuan body flee the deep not once, but again and again, each time body-slamming the watery surface of Earth with seeming delight, I thought, “This is ‘Leviathan at play (vs. 26).’”  It will forever remind me that one of the fundamental yearnings of Earth is to rejoice!  So what will our vocations be?  How will we live?  Let us stand together, up to our armpits in the cool deep waters of resistance.  Willearth be satisfied?
My partners in this song are Chelsea Young with her haunting voice parts and Keenan Hansen with his wicked bass!  Thanks friends. 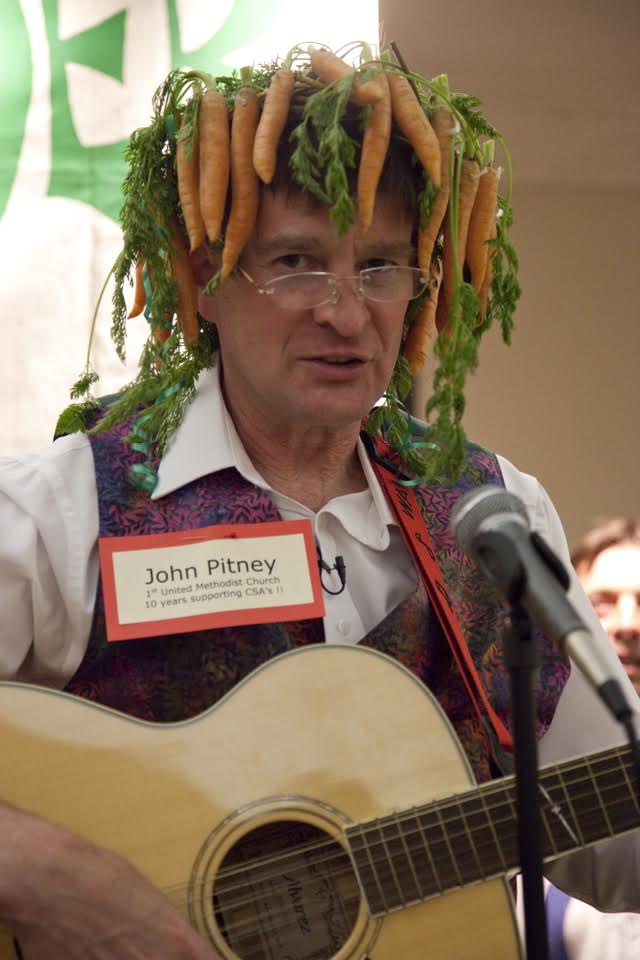 John is a U. Methodist minister, songwriter & teacher, working in retirement to energize churches for Climate Justice.  His song, We Resist,We Build,We Rise, was composed for the Climate March in Wash. DC, this spring. He & wife, Debbie, live in a Net Zero home in W. Oregon. He vows not to be one who has to explain to his grandchildren why he didn’t do everything he could to respond to climate injustice while there was time.  Follow his music at johnpitney.org and blog Our Net Zero Life.
Posted by PresbyEarthCare Coordinator at 9:50 AM No comments:

We know that the Divine trinity “spoke” the world into being – but I wonder sometimes if this glorious world wasn’t really sung into existence. The way it all works together, the melodies and harmonies and counter-melodies and counterpoint of our natural world all seem the work of a glorious musical composer, as much as great poetry and prose almost sing off the page.

In fact, our greatest Biblical poetry, the psalms, are meant to be sung. The word “psalm” means song. And I was never more convinced of this than when I read Cynthia Bourgeault’s Chanting the Psalms as part of my coursework for the Shalem Institute’s Nurturing the Presence program this past year. This wasn’t a mandatory reading – it was just sitting on the bookshelf next to another book I had to read. But the voices of thousands of years called to me from that shelf – and I now sense the song of Creation more strongly than ever before.

Bourgeault walks Christians – even Presbyterians – through a simple process to integrate chanting the psalms into our regular prayer life. As I have begun this practice, I have been amazed how her words have come to life for me. She relates a story where monks mysteriously fell ill after the Gregorian chanting was scrapped in their monastery. When the chanting was restored so were the monks, a result of the chapel as “a perfectly tuned reverberating bowl, allowing the monks to receive energy – actual physical sustenance – directly from the vibrations of the chant. (p. 30)” I do not have a fancy chapel in which to practice, but I have sensed the healing energy from the vibrations of my very simple chanting.

There are probably other books on chanting out there, but I have not yet needed to move beyond Chanting the Psalms. The included CD helps even beginning singers begin chanting immediately with simple monotone chanting and singing more complicated chants “by ear.” No complicated notation needed. Now even sitting in my hotel room in the storm I can feel the vibrancy of creation with my simple chanting of Psalm 104: “From your lofty abode you water the mountains; the earth is satisfied with the fruit of your work.”

You will be happy to know that our Presbyterian Mission Agency has offered an online “How To Chant the Psalms” with audio files so that you can follow along.  I encourage you to add chanting to your spiritual practices and tune in to the vibrations of God’s amazing creation.

Mary Beene is a spiritual director and pastor in the Savannah Presbytery.

Her business, Openings: Let the Spirit In, helps individuals and groups touch their spiritual center with retreats, workshops and one-on-one spiritual guidance.  She is a participant in the Shalem Institute’s Nurturing the Presence program and member of Spiritual Directors International.

All images in this article © Eric Beene and may not be copied or used without permission. Prints of all photos are available; for information about ordering, go to ericbeene.wordpress.com/photos
Posted by PresbyEarthCare Coordinator at 9:48 AM No comments:

Posted by PresbyEarthCare Coordinator at 9:47 AM No comments:

Posted by PresbyEarthCare Coordinator at 9:46 AM No comments: 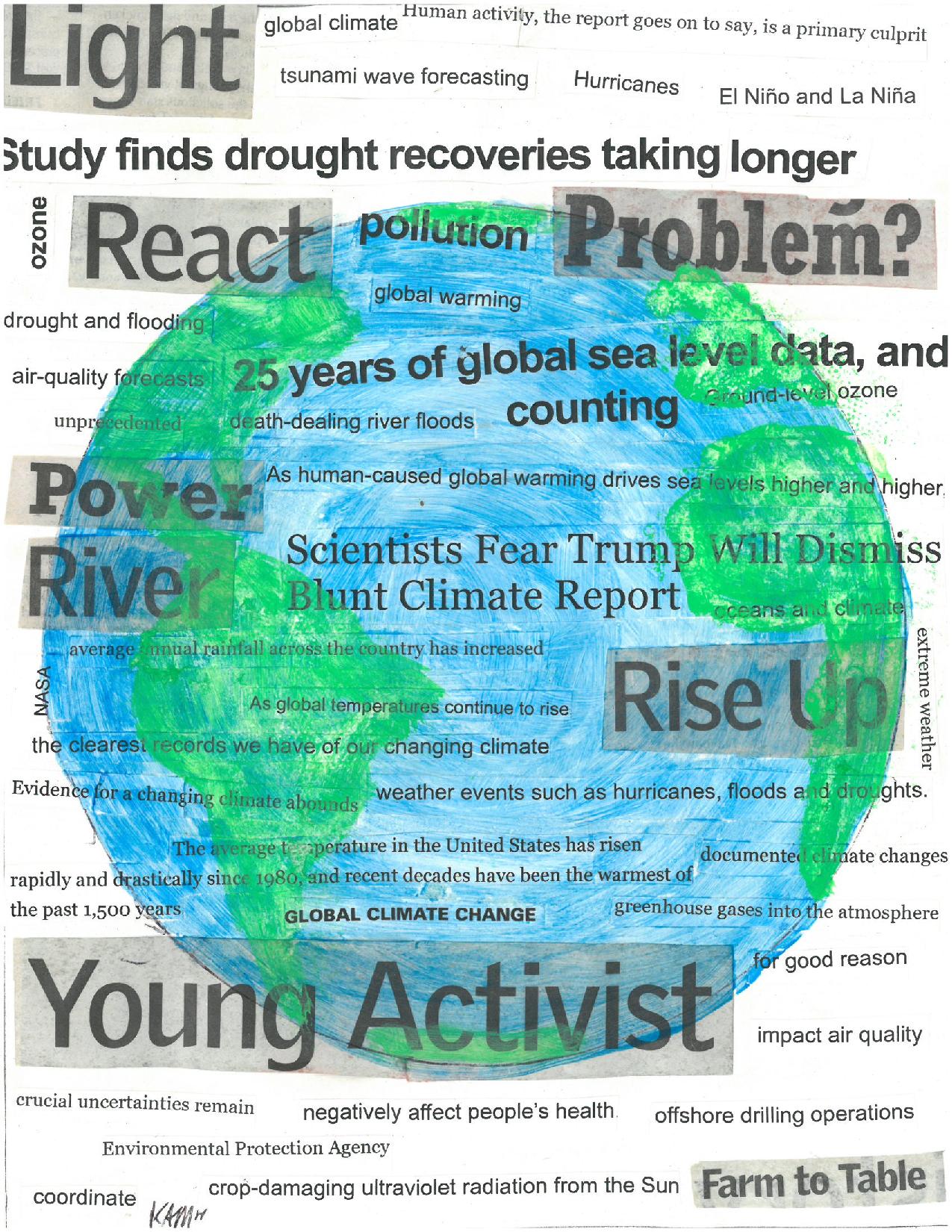 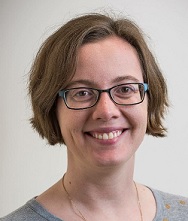 Kathleen lives in Richmond, VA where her day job is fighting hunger at Virginia Poverty Law Center but you can usually find her taking advantage of Richmond's many outdoor recreation opportunities, milling about town, or creating art. She likes to travel and is an active member of Second Presbyterian.
Posted by PresbyEarthCare Coordinator at 9:45 AM No comments:

PEC Has a New Moderator

The results of the Presbyterians for Earth Care Steering Committee election are in and the membership has elected two new members and two continuing members. After six faithful years as PEC Moderator, Diane Waddell has completed the maximum of three 2-year terms and is adeptly handing the reins of directing PEC to the new Moderator, Dennis Testerman who comes to us well-qualified. 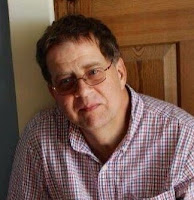 Dennis’ ministry of environmental stewardship has spanned three decades of chaplaincy, global and student missions and public service. He was a consultant to the PCUSA Eco-justice Task Force that produced the report, "Restoring Creation for Ecology and Justice," adopted by General Assembly in 1990 that gave rise to the group that started PEC. Currently, Dennis serves as the Stewardship of Creation Enabler with the Presbytery of Charlotte, is a novice with the Order of Ecumenical Franciscans, a fellow with both GreenFaith and the Natural Resources Leadership Institute at North Carolina State University, and is certified as an environmental educator by the State of North Carolina. 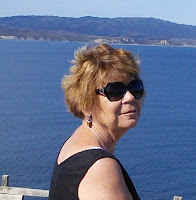 We also welcome our new Southwest Regional Representative, Jill Slade. Jill is a multi-generational Presbyterian and Texan and is active in her church, Trinity Presbyterian in Denton, Texas, where she serves on the Mission Committee and is Clerk of Session. Jill is an educator and has been involved in environmental issues since college. For Jill, earth care is part of becoming closer to our creator and protecting our earth and helping it nurture all God’s creatures is an act of worship.

Continuing as PEC’s Treasurer is Sue Regier who was elected for a second term. Sue has been a member of PEC since 2004 and has many years of experience managing finances. Sue has been vital to the functioning of PEC by preparing reports, paying bills and writing dozens of checks. We are glad to have her expertise for another 2 years.

Nancy Fayer is PEC’s current Southeast Regional Representative and was elected for a third term. Nancy has a very large region and she interacts with its many PEC members. Nancy is also a member of and active in PEC’s Advocacy Committee. We are fortunate to have a person as dedicated and passionate as Nancy serving PEC.

There are two open positions on the Steering Committee, Northwest and Pacific Regional Representatives. If you live in one of those regions or know of someone who might be interested in this position, please reply to this email.

Stay tuned for more from our new Moderator, Dennis Testerman.