10He was in the world, and the world came into being through him; yet the world did not know him. 11He came to what was his own, and his own people did not accept him. 12But to all who received him, who believed in his name, he gave power to become children of God, 13who were born, not of blood or of the will of the flesh or of the will of man, but of God.

14And the Word became flesh and lived among us, and we have seen his glory, the glory as of a father’s only son, full of grace and truth. (John 1:1-14)

John’s Gospel begins with a prologue befitting a great legend or epic.  They are lines heard best in the dim light of a Christmas Eve service and intentionally stir up images of the first creation story in Genesis, where the Spirit hovers over the deep and speaks all that there is into being; “Let there be…light”.  In the Gospel’s telling, the ignored character of the first creation drama, was the Word itself; the logos, but the logos is God as well.  In other words, God is what God speaks. Logos has a depth of meaning beyond “word”, beyond the atom of language.  It was a wisdom and a harmony.  It was the reason and order present in the universe.  It had form and sound and function.

In the drama of our life together, we have much to learn from this text.  Starting with our own words.  The translators of scripture have beautifully rendered logos as “Word”.  It reminds us of two things: First, we are reminded that words are an important part of bringing about a new creation.  Our own words can be generative and uplifting, filling the world with more light and more life, or they can tear down and destroy.  Second, the Word spoken by God does not stop at language and does not stop when it is not received or heard.  The Word of God materializes; becomes the stuff of creation, and is lived out.  As we speak the words of care and compassion for God’s creation entrusted to our care, we cannot do so without embodying that care and compassion ourselves.  We should never speak our words about climate change and the need for Christian simplicity without becoming them.  We should have them become flesh.  They should be our life, and that life is a light to all people.

Prayer: God, who speaks to us and is spoken to us, bring about new life.  Speak to us a creating Word that will live in our bodies, in our communities and your world.  Grant us wisdom and strength to speak up for the marginalized earth and her people.  May we follow the Christ, given to us this day, following along the way he leads.  Amen. 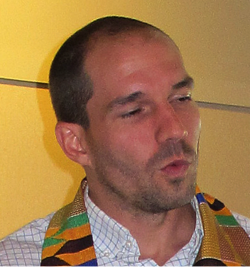 Contributor: Bryce Wiebe serves as the Associate for Enough for Everyone within the Presbyterian Hunger Program. Before moving to Louisville, Bryce served as Christian Educator at First Presbyterian church in New Haven, Connecticut, where he wrote children’s plays, developed educational materials, created worship experiences, and led Bible studies that engaged issues of economic justice. Bryce holds an MDiv from Yale Divinity School and BA degrees in Music and Business Administration from Hastings College and retains part-ownership of a small, sourdough bread bakery in Nebraska.

Posted by PresbyEarthCare Coordinator at 10:03 AM No comments:

Permaculture Principles for the Fourth Week of Advent

Permaculture Principles:  A natural path in the desert
By Cindee Karns
A voice cries out, “In the wilderness clear a way for the Lord; construct in the desert a road for our God.”  (Isaiah 40:3) (NET)
Finding your way in the desert is hard enough, but building a road?  Seriously?  And then
once it’s built, how do we, as Christians, prepare the way for others to follow? It may be the most important question of our time!   Western culture often has a “we’ll get her done” attitude.  The bigger the machine, the faster we can work and we will all be amazed at the result.  A road can be built pretty fast, but we never stop and ask if that is the best way to do it.  So let’s ask!  How do we make ready a path in the desert?

We certainly have enough stuff to get her done.  But sometimes it feels like we are all alone---wandering lost in a desert of STUFF without knowing where to start. This stuff has been mass-produced, is toxic, has a high-embodied energy (both in manufacture and in transport) and is bound for the landfill.   What if we ignored our stuff to make a natural path in the desert?  What if we used permaculture principles?


Permaculture, formed from the words permanent and culture, is most simply, “a philosophy of working with, rather than against nature.”  It’s a much more earth-friendly, indigenous view.

It’s truly amazing what happens to us when we interact with nature and take our place as stewards of the planet.   “ – we come into right relationship …by taking our rightful place and answering the endless questions human beings have been asking for hundreds of years about the meaning of our lives….we thrive by helping everything around us thrive. By coming into right relationship with the world, we find inner peace…”  (Tippett, 1994)

There are already many people traversing the permaculture path, who are creating truly interdependent relationships with nature.  The path starts with these ethics: Earth Care; People Care; and Fair Shares.  There is also a set of principles to guide us. We will need many people to help us make this path smooth.  The ability to get on this new permaculture path may ultimately prove to be the key to our survival on the planet. Here is an amazing example of using permaculture in the desert.
Prayer: Creator God, we know you want us to thrive in abundance.  Help us begin today by walking the path and inviting others to walk with us so that we take our places as stewards of the planet and make ready the way, even as we pray “thy kingdom come.” 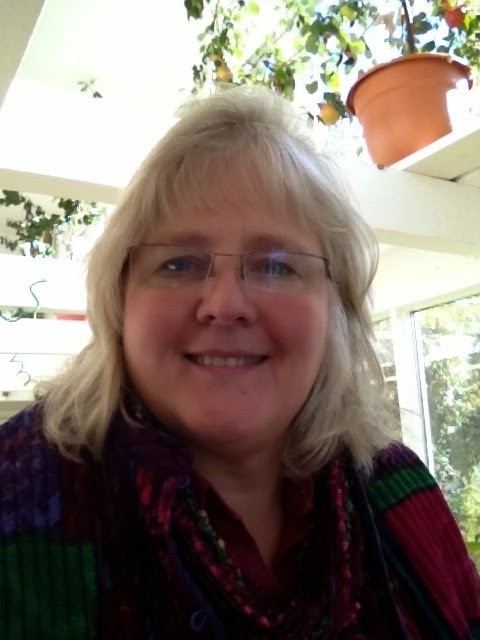 Contributor: Cindee Karns is a permaculture designer/instructor in Alaska and the owner/operator of Alaska’s only Bioshelter.

Posted by PresbyEarthCare Coordinator at 6:18 PM No comments: