Holy One, cleave our hearts and open them to the prophetic, earth changing words of Bryce Wiebe.

Sixteen hours before technological magic caused these words to move from my fingers to the tiny specs of light via rafts of “1’s” and “0’s” on rivers of metalloids cutting through sand-turned-silicon, there was an earthquake in Langston, Oklahoma.  The red dirt of central Oklahoma was where my grandmother moved after remarrying in her 70s.  Our family used to drive there to visit each New Year, through mesas and wheat fields and parched pastures specked with oil derricks and gas well.  With few trees dotting that garden of dust and wispy grass God planted there, the whole landscape seemed heavy and fixed, then pressed down by such a big sky.  Or maybe it was the sky being supported by such a sturdy clay pedestal.

The experts say that hydraulic fracturing cannot be definitively blamed.  The now poisoned water formed by the process; a resource destroyed for the sake of a resource extracted, must be shot back down into Earth as a slicing, high-speed vertical river of techno-industrial creativity.  And this must not be a problem since no one ever bothered to see if it was a problem.  Could it be this river has pried loose the base of the pedestal and now it wobbles under the pressure of all that sky? The energy and economic needs of America require that we not look into it.  For the sake of un-flickering electricity, ever-fattening homes, complete with fixed temperatures and pressed down by as much cheap stuff as can fit in them, we cannot look.  Perhaps we can move fast enough to not notice Earth shaking.  Perhaps bigger homes and more things will finally hold Earth still again; press her back into control.

Or maybe we, having already pried the pedestal free, must tread lightly.  Shut off our lights and slim down our homes and use those things we already have.  Perhaps Earth can be restored when we move tip-toe slow.  We can, for the first time, float on new visions and dreams down a Spirit stream, poured out among a people made of the same clay that we now see steadied and still. 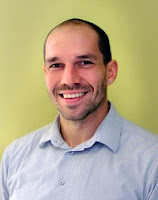 Register for PEC's conference in September

Join Presbyterians for Earth Care to be enriched and empowered in an ethic of creation care for three days at our 2015 Conference at beautiful Montreat near Asheville, North Carolina.

•   Experience nature in the biodiverse region of the Western North Carolina mountains through a variety of pre- and post-conference field trips.
◦                     Explore the plant diversity on the Blue Ridge Parkway and walk to the top of the highest peak east of the Mississippi.
◦                     See both manicured and natural plantings at the NC Arboretum and learn from the experts at the National Climatic Data Center.
◦                     Learn about sustainability operations at the Biltmore Estate, including a solar farm and canola oil production, and tour the house.
◦                     Choose from more adventurous trips such as a float trip, a waterfall tour and an old growth hike.

•   Celebrate the 20th Anniversary of Presbyterians for Earth Care/Presbyterians for Restoring Creation at an evening of worship, recognition, and reception. Record your stories and memories of PEC/PRC before the conference at www.PECmemories.com.

•   Purchase Patricia Tull’s book, Inhabiting Eden: Christians, the Bible, and the Ecological Crisis, the Leader’s Guide and A Reader’s and Writer’s Workbook that goes with it from the author.

Find out everything you need to know about the conference and register by July 15 to receive the early bird discount. Young adults, ages 18 – 30 years, receive a special discounted registration of $100 for the entire conference.

We look forward to seeing you there! If you have any questions, contact us at presbyearthcare@gmail.com.

Posted by PresbyEarthCare Coordinator at 12:03 PM No comments: