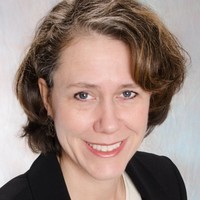 The Great Lakes contain 84% of the fresh surface water in North America. But like drought-stricken areas out west, the lakes are being affected by global warming as extreme changes in water levels batter cities and increase pollution.

“The changes in water level are a battle between precipitation and evaporation”, says Sharon Waller, an environmental engineer and member of Lake View Presbyterian Church in Chicago. Waller’s particular focus is Lake Michigan, and its impact on her hometown of Chicago and the surrounding region.

“The last five years have been the wettest on record. and that’s driving higher lake levels,” Waller says. “Waves don’t have the opportunity to dissipate their energy on the run-up to a sloped beach. They crash against the shoreline, and in some cases buildings, at almost full strength.”

Cities are struggling to adapt to this new reality when planning and repairing shoreline structures, including barriers and buildings. Engineering design is usually based on historic records, but Lake Michigan is changing so rapidly that we can’t assume past trends are indicative of what will happen in the future.

This can be seen in the Chicago area’s tunnel and reservoir project (known as the Deep Tunnel), that began construction in the 1970s. It’s due to be completed by the end of this decade, but it’s already not expected to not to accommodate current flood waters.

The affects of flooding has serious consequences for our health and the environment. When sewers overflow, the risk reversing into our drinking water, and flowing to the Illinois River, and eventually, to the Gulf of Mexico.

Dealing with this new level of flooding is not just a job for government, in Waller’s view. It also means involving residential landowners in finding ways to reduce the impact of flooding.

“I installed a storm water basin under my patio with permeable pavers to keep storm water on site,” says Waller. “I did it with materials from Home Depot for less than $7,000.”

Another possibility is a green roof. Even something as simple as trays of rooftop garden plants can help soak up water instead of allowing it to run down to a storm drain.

Waller is also a big proponent of reusing waste water, which is currently banned in Illinois.

While some states allow a third pipe with gray water that is not potable but can be used for irrigation, that’s difficult to implement in older cities. Instead, Waller advocates letting industry reuse water. This also helps decrease pollution discharge to our environment.

People can also help mitigate the pollution that occurs when waterways flood. One thing we can be aware of is the use of phosphate products, which accelerates the growth of algae. “Illinois is one of twelve states that have been sued for the Gulf of Mexico dead zone,” Waller points out.

Waller is challenging children to ask their parents to buy phosphate-free soaps and lawn fertilizer. She’d also like to see youth groups go to stores and ask them to carry more phosphate-free products.

Another great way to make churches and youth groups more aware of how to tackle our water crises is through screenings of the Netflix documentary, Brave Blue World. “It’s message is that technology exists for us to adapt to climate change,” says Waller, “but policy is needed, and that requires politics.”

Eric Diekhans is a fiction writer, a television and video producer for the Greater Chicago Broadcast Ministries, and a member of Lake View Presbyterian Church in Chicago.

Posted by PresbyEarthCare Coordinator at 10:51 AM