The Time is Now to Cherish Creation 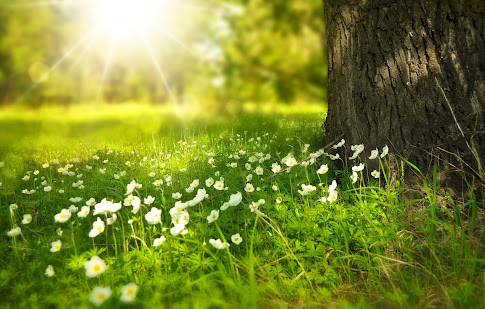 The Time is Now to Cherish Creation

“The Time is Now to Cherish Creation, Cut Carbon and Speak Up” overture (shorthand “Cherish Creation”) to our PCUSA 225th (2022) General Assembly gives a hint about the origins of the overture in its title. A reader needs to go to the final sentence of the overture to realize that the title comes from a webinar led by an Anglican bishop at COP 26: “…Bishop Hugh Nelson of the Church of England who so aptly put it in his address to the COP 26 (2021 meeting in Glasgow, Scotland).”

Two of the PEC representatives to the COP26 reported after the meeting on a number of climate change-related concerns from that recent international meeting that they hoped American Presbyterians would consider and act on. The draft of the overture went through a variety of revisions involving many people, with ideas being exchanged over emails, phone calls and Zoom meetings. Some Zoom meetings included people in nine time zones, from the European continent to the American West Coast. The hope is not only that the General Assembly will approve the overture, but also that as many sessions and presbyteries as possible will discuss climate change as they consider the overture. Such discussions can move more people to action.

Presbyterians for Earth Care supports many of the overtures on creation care coming to this General Assembly (see list in “Cherish Creation”). Some of the unique things contained in “Cherish Creation” are the biblical support for it provided by Dr. William Brown, an outstanding biblical scholar at Columbia Seminary, and the latest scientific findings of Dr. Mark Eakin, an award-winning oceanographer, contributor to past IPCC reports, and a Presbyterian ruling elder. The overture also calls on the Church, congregations and church-related educational institutions to be more faithful in creation care. Other overtures focus on businesses and governmental policies, which “Cherish Creation” also supports.

The overture calls on the church to take a variety of actions: First, repent of our role in driving the “planetary ecosystem to the tipping point of unsustainability for humans and mass extinction of other species.”

Second, “direct that all financial investments of the PC(USA) be withdrawn from industries that contribute to the production of the two major greenhouse gasses (CO2 and methane); this broader list (“all”) will accelerate the timeline of the MRTI proposal as well as effectively end our investment in the production and use of plastics.

The third action directs the Board of Pensions and the Presbyterian Foundation to increase investment in sources of low-carbon renewable energy, energy efficiency, and energy storage, and it sensitively supports “policies that transition workers in our present fossil fuel industry into employment in green and sustainable energy sectors.”

Fourth, members and congregations are encouraged to study past GA papers and current overtures.

Fifth, churches, educational institutions and individuals are urged to “walk the talk” by doing “the needed, faithful change we seek by being carbon neutral, net-zero, or even climate positive by 2030.”

Sixth, our advocacy offices (OPW in DC and UN) are called to work in partnership with ecumenical and international groups, to “assist economically developing and emerging countries* with carbon use mitigation and adaptation.”

The eighth action item calls on the church to support the carbon dividend (as the 2018 GA did). Finally, the overture urges all major church offices and ecumenical partners to develop a 10-year coordinating strategy for accompaniment and advocacy before, during, and after major governmental and ecumenical meetings, and to collaborate with PEC and other creation care groups.

PEC’s webinar on the “Cherish Now” overture is now posted on YouTube and was reported on by the Presbyterian News Service. https://presbyearthcare.org/climate-overture/

Bruce Gillette is the current PEC Moderator, pastor of the First Presbyterian Union Church in Owego, NY, and author of the overture approved by the 2016 PC(USA) General Assembly and Presbyteries to amend the Book of Order (G-1.0304), by adding the phrase “caring for God’s creation” as a responsibility of all church members.

Posted by PresbyEarthCare Coordinator at 11:54 AM