Hindu Perspectives on Caring for the Planet
by Gopal D. Patel


For Hindus, all life is sacred and interconnected. They believe in a natural order and balance in the universe, known as rta. Once this order is out of balance, there is disturbance in the world. Climate change is one such symptom of our planet being out of balance. Hinduism teaches 3 principles to uphold the natural order: dharma, sattva and ahimsa.

Dharma means to uphold, or sustain. It is the closest word in Sanskrit to meaning ‘religion’. Hindus are taught to led dharmic lifestyles, which translates to leading lives that uphold and sustain the world.

Sattva is a way of acting that means ‘goodness’. Hindus are encouraged to perform good acts and lead good lives. In the Bhagavad-Gita a life based on sattva is broken down to include the kinds of food one eats to the types of activities one performs.

Ahimsa is the Hindu principle of non-harming. Hindus are encouraged to minimise the harm they cause to others and the planet. From this principle comes the practice of being vegetarian or vegan. In an age of climate crisis, it can be extended to ensure that our activities are not harmful to the planet.

The Hindu text Śrīmad Bhāgavatam (11.2.41) states, “Ether, air, fire, water, earth, planets, all creatures, directions, trees and plants, rivers and seas, they are all organs of God’s body. Remembering this a devotee respects all species.” Hindus therefore revere all life, human, non-human, plant, and animal. Hindus see rivers as goddesses and mountains as gods. The landscape as a whole is seen as being full of divinity. The planets and stars are physical objects, but they are also celestial beings, they and the space between them full of divinity. Hindus are taught that when they embody this, they can move beyond caring for fellow beings as stewards of a divine creation, but become servants of the Divine. That all of their actions, including those in protection of the world around us and all the beings therein, becoming acts of worship. 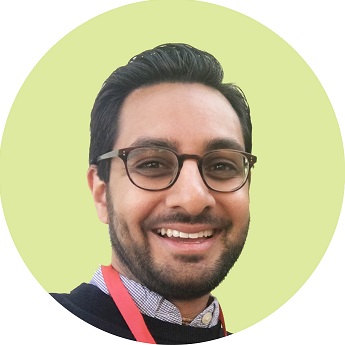 Gopal D. Patel was born and raised in England. Since 2010 he has served as Director of the Bhumi Project, a global Hindu environmental network based at the Oxford Centre for Hindu Studies that is a joint program of the Centre and GreenFaith. He has led the organisation to mobilise tens of thousands of people in India for environmental action, issue the 2015 Hindu Declaration on Climate Change and be a leading voice within the United Nations system on Hindu perspectives to sustainable development.
Posted by PresbyEarthCare Coordinator at 8:38 AM