Let all the earth fear the Lord; let all the inhabitants of the world stand in awe of him.
(Psalm 33:8, NRSV) 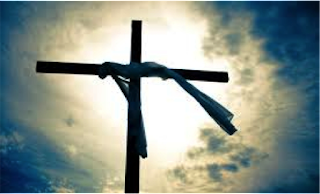 The bible reminds us through the words of the Psalmist that we who inhabit the earth are to stand in awe of the Lord God. These words place a significant responsibility upon each one of us to be observant of God’s creation, including people, plants, animals and every living creeping and crawling thing. (Genesis 1)  This dominion over God’s creation does not mean domination. We are given the authority to act on God’s behalf as stewards or caretakers of the earth and all that dwells therein. This understanding makes domination of people, plant life, or animals a sin towards God. It is sinful, because we are led to believe that we are “gods” who control rather than acting on behalf of the one who gives us life, health and strength.

Dr. Benjamin Chavis, former Director of the United Church of Christ’s Commission for Racial Justice and Executive Director of the National Association for the Advancement of Colored People (NAACP), coined the phrase “Environmental Racism” in 1982 while engaged in activist work in Warren County, North Carolina. He used it to describe the way the powerful profited from toxic waste dumping by intentionally locating waste facilities in poor neighborhoods of color. The majority of those negatively affected by toxic waste sites in 1982 were African Americans.

In 2016, we witnessed a significant breach in our covenant with God when the headlines broke regarding the water crisis in Flint, Michigan. Children, adults, and people of various races (the majority African American) were adversely impacted by a deal made with the enemies of God’s good graces who chose profits over people. As people in high places told documented lies regarding the cleanliness of the water in Flint, this community is still assessing the negative health toll. Flint represents one of the largest African American populations in the State of Michigan.

There are many faith questions that must be answered about this breach in care for the earth and its people. However, there is an accountability question that must be answered by those of us who claim to know the Lord, our God. Are we truly acting as stewards in our own communities on God’s behalf? Are we protecting our babies from toxic carbon emissions that prevent so many of them from attending school due to asthma and other respiratory problems? Are we relentless in our efforts to stop toxic waste dumping by private companies and government agencies that view such dumping as a means of revenue rather than a long-term health hazard? Are we building interracial coalitions to gain political traction to avoid the fallout we now see in Flint? Is your Church/Ministry engaged in preserving the planet and challenging climate change deniers with facts and the Gospel? It is our duty to be on God’s side as stewards of the earth and its people, for “the earth and its fullness are the Lord’s.”
(I Corinthians 10:26) 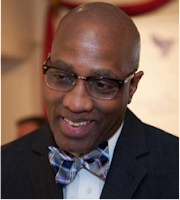 Reverend Dr. J. Herbert Nelson is the Director of the Presbyterian Church (U.S.A.) Office of Public Witness in Washington, DC.

Posted by PresbyEarthCare Coordinator at 11:18 AM