A Commentary: I Can't Breathe

If I had to sum up this year of 2020 among the first words that come to mind are: “I can’t breathe”.   We have seen and heard too many people utter these words.

I can’t breathe.  In May, a Black man from Minneapolis, George Floyd, uttered those words as he was restrained by a police team, with the air literally pressed out of him:  I can’t breathe.

The result was a wave of protests on a massive scale – some violent, most not…that have continued to surge with each new shooting of a Black human being – most by local police.  And once more Anglo, White, Euro Americans have been confronted by American’s embedded racism.

I can’t breathe.  Words uttered by thousands of people this year being placed on a ventilator, trying to provide enough time for the body to do its healing.  Think back to January, February and March and the COVID-19 virus that exploded into a global pandemic.  Early on, the daily news told stories of those who caught it, avoided, it, survived it, and died from it.  Through the summer and fall we’ve watched the virus recede only to surge again, as we wait for a successful vaccine.  To date globally (October 13, 2020) over 38.1 million people have contracted the virus and 1,000,000+ have succumbed to it.

I can’t breathe.  Words spoken by employers and employees alike as businesses were shut down in response to the stay at home, lock the borders, quarantine orders.  The economic recession has crushed workers’ bank accounts and dreams, especially those who are part of our small business community.  They have gone underwater, or nearly so.  And millions more of us have sunk below the poverty level.   Help – I’m drowning.  I can’t…

I can’t breathe, Planet Earth has been telling us this for decades.  And then, in a bit of irony, Earth has been breathing a bit easier this year.  The stay at home orders have forced a different lifestyle in which we have been driving less, flying less, using less carbon-based oil and…putting less carbon dioxide into our very thin (62 miles) atmosphere.  But with our rush to re-open beaches and businesses, to reward ourselves with unmasked, mass gathering parties, to return to our former “normal”, it won’t last.  Earth’s temperatures keep rising (July was the hottest month ever recorded), and with that we all will have an increasingly difficult time breathing and Earth will keep groaning.

Rising temperatures have consequences, and not simply about the air we breathe.  As Earth’s climate becomes increasingly unstable, both animals and humans will face more and more heat waves, droughts, fires, floods, hurricanes, rising seas, economic crises and frankly, even more pandemics when thousand-year old frozen bacteria will be released as polar ice continues to melt.  We’re trapped between responding to today’s crises and anticipating tomorrow’s.

Well, the God of Creation has some things to say to us.

Recognize that the impact of this year has affected us unevenly.   The poor, people of color, the marginalized, the sick, the elderly and the young whom we are supposed to protect have suffered the most.   Some have lost their lives.

Recognize that thinking globally while living locally offers a healing power.  There’s a call to use the resources closest to us first, to be satisfied with enough.

Recognize that Earth is less and less able to absorb the consequences of our excessive, greedy, and short-sighted lifestyles.  Quit treating Planet Earth as our hospitality suite and become Earth’s partners for a sustainable future.

Remember that Life on this planet is not simply about breathing, but about connecting with others.  God expects us to respect, learn from, treat fairly all of Life here, to confront our prejudices against other people and other forms of Life…and to change our ways.  The best of this Life focuses primarily on the common good.

Finally, for those of us who are more fortunate, more secure and have suffered less…there are two God-given charges.  First, we with more are called to share more with those who have suffered more.  …with more of our time, energy, ingenuity, financial resources …to ease the pain and offer hope.  Second, we with more are called to imagine and build a future that is fairer, more just, and better prepared to face the pain that comes with continued rising temperatures.  Educating, Teaching, Planning Ahead. Holding Elected Leaders Accountable for their Actions and their Inaction.

What a gift we could give each other if, as we approach the end of this year, we all were making this kind of turning.  The result?   More and more of us breathing easy. 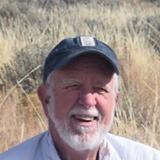 Posted by PresbyEarthCare Coordinator at 12:38 PM