Penny Hooper is not one to sit idly by while oil rigs threaten to despoil her cherished home and source of livelihood on the coast of North Carolina. Even while recovering from hip surgery, she endured the pain and hobbled on one leg to testify against offshore oil drilling in the Mid-Atlantic. She and others in her area organized and convinced seven towns that would be affected by a spill to sign resolutions against drilling. With support from 130 other towns on the Eastern Seaboard and the North Carolina Council of Churches, the federal government removed the mid-Atlantic from the oil drilling leasing program for at least the next five years. 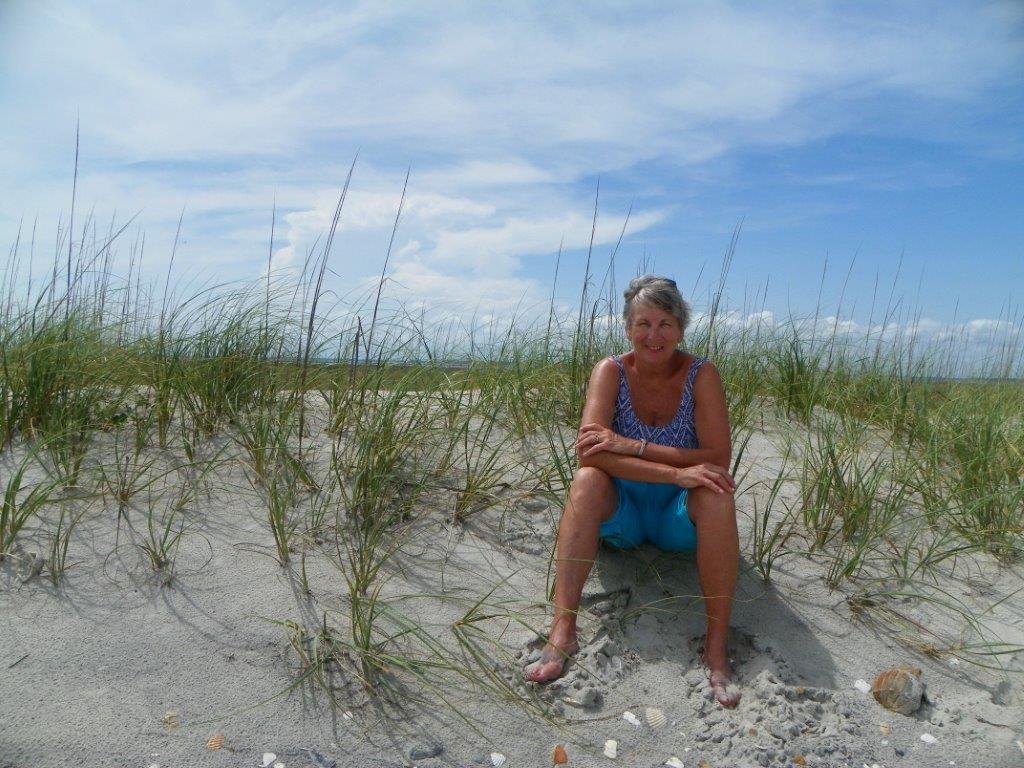 Penny first became involved in faith and environmental work in 1997, when the Reverend Bob Murphy at the Unitarian Universalist Church that she attends suggested their congregation could become a Green Sanctuary with her leadership. This gave her a community to work for and with and although she claims an independent spirit, she says that she works better with a faith community. With such a supportive group Penny became an activist and transitioned to the Steering Committee of North Carolina Interfaith Power and Light (www.ncipl.org) in 2008. She now serves on the Executive Committee and as the Leadership Council Chair. Penny is also the Sierra Club Conservation Chair of the Croatan Group and a Board Member of the Carteret County Local Food Network.

Calmness and gentleness mark Penny’s leadership style and she has an energy and upbeat attitude that contradict the feelings of hopelessness and depression that sometimes wash over her as they do to many in this field. Hope, faith and a like-minded community help her through those hard times. She believes that it is easier to be upbeat and positive and that it is non-productive to belabor a point before it happens. Her advice? “You need to have a good sense of humor and you can’t let it get you down. Then get to work and do what you have to do to change it.”

Jane Laping is the Coordinator for Presbyterians for Earth Care. She lives in Asheville, NC.
Posted by PresbyEarthCare Coordinator at 12:02 PM