A lifelong connection to the land and people who earn a living from it has shaped Brad Crabtree’s professional work on climate stewardship.  Growing up hunting and fishing in North Dakota, he developed a deep appreciation for nature and commitment to conservation.  Today, Brad, his wife Renee Gopal, and daughter Suria manage their family ranch, practicing rotational, intensive livestock grazing to restore grasslands and habitat. 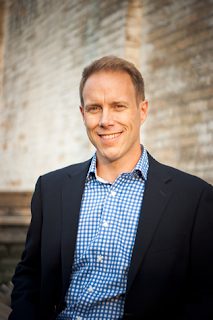 Brad began his career overseas in Southeast Asia and Brazil and then spent several years working on energy and environmental policy in Washington, DC.  There, he saw firsthand how growing political polarization—between Democrats and Republicans, rural and urban states, and environmental organizations and industry—undermines our ability to address profound societal challenges such as climate change.

In 1997, Brad returned to North Dakota committed to building consensus on an approach to climate change that people from all walks of life could embrace.  With the Consensus Council and later the Great PlainsInstitute, he launched the Power the Plains project in 2001, bringing together environmental groups, coal and electric power companies, farm organizations, and state governments across the entire Northern Plains—many of whom had never worked together before.  They developed the first comprehensive strategy to reduce greenhouse gas emissions for an entire rural region, which led to ambitious bipartisan energy and climate agreements signed by Midwestern governors in 2007.  At that time, Brad also helped his wife Renee found the ecumenical Prairie Stewardship Network, convening North Dakota clergy and lay leaders for the first time to promote Creation stewardship.

Brad has coordinated since 2011 a national industry, labor and environmental coalition that is encouraging Congress to provide incentives to industry to capture CO2 and store it safely and permanently in geologic formations. This proven practice pioneered in unexpected places such as Texas, North Dakota and Wyoming reduces CO2 emissions (to near zero in some cases), while ensuring viability for industries that provide livelihoods to millions of Americans.

At a time of political discord, economic anxiety and mounting environmental concerns, Brad finds inspiration in helping some of America’s largest coal, oil, ethanol and industrial companies, labor unions and environmental organizations work in partnership for the first time. As he sees it, if these erstwhile adversaries can find common ground, we have reasons to be hopeful about the prospects for tackling our collective climate challenge.
Posted by PresbyEarthCare Coordinator at 11:03 AM