Will PC(USA) Divest from Fossil Fuels?
by Jerry Rees and Nicola Juricak

Jerry Rees and Nicola Juricak, members of Earthkeepers of Heartland Presbytery, helped inform and motivate commissioners in Heartland Presbytery on the Fossil Fuel Divestment Overture. On September 22, Heartland became the first presbytery to concur. San Francisco Presbytery was the first presbytery to approve the document. An excerpt of their report is below, which is meant to serve as a guide for others who are interested in concurrence. PEC encourages you to concur with the divestment overture as well as working toward approval of other eco-justice related overtures which are listed on the sidebar.

Fossil Fuel Divestment is a complex and provocative issue, where climate change, earth care, and financial gain converge.  As people of faith, we are being challenged to stop investing in fossil fuels that contribute to climate change and to start reinvesting in projects and companies that are sustainable and restorative to God's Creation.

The Fossil Fuel Divestment Overture recommends that the General Assembly call on the Board of Pensions and the PCUSA Foundation to immediately stop new investments in a list of 200 fossil fuel companies and work to eliminate all current holdings over the next three years.

This Overture was authored by Fossil Free PCUSA. It is stronger, more specific, and more effective than the 2014 Divestment Overture. There are two major improvements:
1. Calling for reinvestment in renewable energy projects,
2. Retaining a minimum value of shares ($2000) required to participate in shareholder action and advocacy.

Divestment is a moral and prophetic act more than an economic one.  It means taking a stand and refusing to invest in and profit from an industry that is destroying Creation. In the succinct words of Bill McKibben, "If it's wrong to wreck the planet, then it's wrong to profit from that wreckage."

PC(USA)'s divestment from fossil fuels will not financially cripple fossil fuel companies any more than putting risk-of-death warnings on cigarette packages destroyed tobacco companies. However, joining the growing global movement to divest sends a powerful public statement that will revoke the moral license and tarnish the veneer of respectability which shareholders grant fossil fuel companies to profit in ways known to be destructive to the planet and its most vulnerable populations.

When your investment choices hope for good returns from companies that produce burnable carbon, you're not likely to be an advocate for policies that cut their profits. "Where your treasure is, there your heart will be also" (Matthew 6:21 and Luke 12:34).

As it says in the Overture’s Rationale, People of Faith “have the privilege, responsibility, and obligation to speak with moral authority on issues of great importance.  As we work to mitigate the climate crisis, we must shed the burden of our investments in climate destruction.  This act will speak more loudly and more clearly than any prophetic declaration.”

If you have questions or comments please let us know. Please also refer to the document on the overture process. Your work and interest is very important and greatly appreciated. 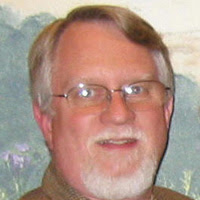 Jerry Rees served as PEC's Midwest Regional Representative from 2008-2012. He was an original member of Earthkeepers of Heartland Presbytery and is a member of the Environmental Action Committee at Village Presbyterian Church in Prairie Village, Kansas.

Posted by PresbyEarthCare Coordinator at 3:25 PM