Should PC(USA) divest from fossil fuels?

A Seat at What Table?
by Sue Smith 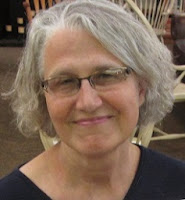 AUTHOR BIO: Sue Smith put her MBA to work in the global financial services industry for 30 years. She is an elder and member of the First Presbyterian Church of Rumson (NJ) and currently serves as Moderator of Monmouth Presbytery. She is Vice Moderator of Presbyterians for Earth Care, serves on the Coalition of Healthy Ports representing GreenFaith and is a board member of Clean Water Action, NJ. She also holds an M. Div. from New Brunswick Theological Seminary.
Posted by PresbyEarthCare Coordinator at 8:41 AM