Presbyterians for Earth Care presented three annual awards to two individuals and a faith-based environmental organization in late September at its national conference, “Blessing the Waters of Life,” in the Columbia River Watershed near Portland, Oregon. The William Gibson Eco-Justice Award was presented to Dennis Testerman, long time Presbyterian and conservationist. Lauren Wright Pittman, received the Emerging Earth Care Leader Award for a young adult, and Earth Ministry received the Restoring Creation Award for an organization. Read more about each of the award winners below. 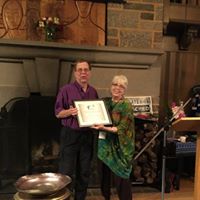 Dennis’ ministry of environmental stewardship has spanned more than three decades of chaplaincy, global and student missions and public service. He was a consultant to the Eco-justice Task Force of the PC(USA), whose report, "Restoring Creation for Ecology and Justice," was adopted by the General Assembly in 1990. (The report was written by William Gibson, for whom this award is named.) Since 2004, Dennis has served as the Stewardship of Creation Enabler with the Presbytery of Charlotte. Currently, Dennis is a novice with the Order of Ecumenical Franciscans. He is a fellow with both GreenFaith and the Natural Resources Leadership Institute at North Carolina State University and is certified as an environmental educator by the State of North Carolina. 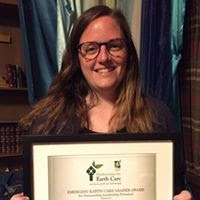 Lauren interprets the Word with art and creativity. The inspiration for some of her art comes from the time she spent serving as a Young Adult Volunteer (YAV) in the wetlands of south Louisiana. Lauren is also an EcoSteward and a 2016 graduate of Columbia Theological Seminary. Her ministry is borne out in an art collective of liturgical arts for worship and creation www.sanctifiedart.org where she “invites people into a creative process to tell us who we are and who God is by being present and paying attention to creation.” 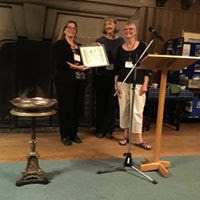 In the Seattle area, Earth Ministry (EM) engages people of faith in environmental advocacy, grounded in religious values. Now in its 25th year with 10 years of advocacy, EM trained 25,000 advocates over 7 years. EM has been a force for toxics legislation; a constant moral voice against coal and oil extraction, transport and storage on the West Coast; and a listening, caring connection with tribal efforts. EM developed and administers its Greening Congregations program and hosts the Washington State Chapter of Interfaith Power and Light (IPL). Executive Director LeeAnn Berens is seen as a national leader in IPL and is frequently called upon to lead workshops at their national conferences.

Posted by PresbyEarthCare Coordinator at 9:57 AM