Every calling has it challenges, whether we are teaching or ruling elder, parent or employer—in all life’s walks there are difficulties.  Curtis Karns’ are just different from yours and mine.  His presbytery of 21 churches covers an area the size of California, Texas and Montana combined.  There are no roads to 9 of those.  Curtis was born and raised in Alaska, so the wildness, and roadlessness of his home state was the “norm”.  Not that he doesn’t understand how it is down here.  His seminary training came from Princeton and he pastored in the “lower 48” before returning to his beloved home state. 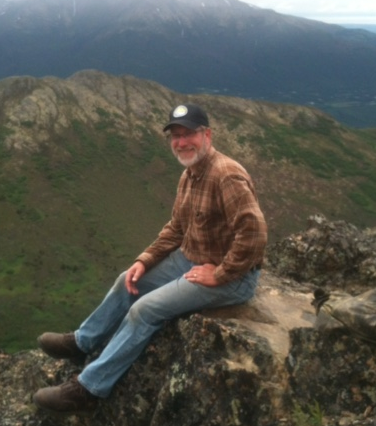 What holds Curtis apart is more than birthplace and beauty.  Alaska’s economy is built on extraction and transport of fossil fuels.  But a huge number of the congregants he serves live on the edge of the seas that no longer freeze before January, are rising, and have fewer resources for subsistence living.  An example is Savoonga a town on St. Lawrence Island where the annual arrival of the walrus provided people with food for the year.  In the last few years climate change has thinned the ice, making safe hunting days few and dangerous.  Not only are the animals difficult to hunt, the walruses, at the top of the food chain, they have been eating over the last few decades are full of the toxins from industrial waste left behind after WWII, raising the cancer rates for villagers.  To minister in Alaska is to hold the tensions of two complexities – fossil fuels with jobs and the deadening effects that industry has on the two and four footed creatures who subsist on God’s sacred lands.

As important as that is, it isn’t the thing that makes Curtis an EARTH Keeper.  Before he heard the words doctrine of discovery he knew what it was, how it had played out in Alaska[i] and he was wrestling with what “apology” means.  When I first heard him speak, long before he knew of the doctrine, he talked about our European arrogance—our belief in Western “rightness”.  He put that into action by supporting the Presbyterian community of Gambell as they sought and are seeking to define “apology.” The story is huge because it is, possibly, our first denominational road map to how “apology” works.  It is a story you will want to hear for yourselves.  Curtis will be at our conference so he can share it, show film of it and teach us about listening.

Here is the impossibly short version.  Presbyterians flew to snowy Gambell, named the horrors of the boarding schools, read the names of the teachers (many of them beloved by their students), drummed with the elders, danced with the Yupik residents and began to design the church that will replace the condemned building of the past.  Where before drumming and native languages were condemned as sin, the new church will be the village’s only community center and it will be the place where people come to have ceremony, drum and speak the language of their ancestors.

Curtis told me that “apology” is not what Christians know.  Our language for what must happen has two words—Repentance and Reconciliation.  And, that is what his life is ALL about.

Holly Hallman is the Northwest Regional Representative of Presbyterians for Earth Care.

[i] S. Hall Young, sometimes known as the "Father of Alaska Missions," bragged in his autobiography (The Mushing Pastor): "One strong stand, which so far as I know I was the first to take, was the determination to do no translating into the Tlingit language or any other of the native dialects of that region. When I learned of the inadequacy of these languages to express Christian thought, and when I realized ... that the task of making an English-speaking race of these natives was much easier than the task of making a civilized and Christian language out of the Tlingit, Haida and Tsimshian; I wrote the Mission Board that the duty to which they assigned me, of translating the Bible into Tlingit and of making a dictionary and grammar of that tongue was a useless and even harmful task; that we should let the old tongues with their superstition and sin die - the sooner the better - and replace these languages with that of Christian civilization and compel the natives in all our schools to talk English and English only. Thus, we would soon have an intelligent people who would be qualified Christian citizens."
Posted by PresbyEarthCare Coordinator at 2:47 PM